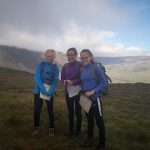 We arrived at the scout hut at 8:50 am (too early) and waited for everyone to arrive at the minibus so we could set off to Wales. Once everyone arrived we said goodbye to all of our parents and set off. The trip wasn’t that interesting but we stopped off at the services so we could have our lunch. We also saw our district leader Chris who would later join us. Once we set back off from the services we were instantly stuck in traffic. We didn’t get out of it for one hour. We finally managed to get into Wales (we could tell by not having any radio signal). We were travelling for what seemed like ages when we turned off to Coetmor Mill (Where we were staying). We unloaded all of the equipment off the trailer and settled in. For tea we had Joe’s special burgers which was very nice. Then we had Swiss rolls and custard for dessert. We were in bed when Connor decided to roll around the floor, lie on top of Cameron, hit himself in the head with a shoe and then wake up screaming.

Saturday
We woke up and headed down the stairs with a waft of bacon in our noses. We had bacon sandwiches with egg. We headed out for a hike along the Welsh mountains. My group started along the A5 and then started to climb up a long and steep road for way too long. Then we headed up a very narrow path to the top of one of the mountains but that is where the adventure starts. Starting to head up the second one we found out that we had to climb up the mountain to carry on. So we did. Then we made it up the second mountain, just as the clouds were rolling in. Our visibility was reduced to 2 metres. While we were going down the mountain on boulders. Then I started falling over every five minutes (that’s how I’ve got the name stacker boy). We used our bearings to find our way out the clouds. Then we realised we now had to abseil down the mountain a bit as well. We then had to go down it a bit then finally made it back to where we were staying.
Sunday
We had bacon for breakfast (as usual) and then got ready to go on another hike to Aber Falls. We arrived at the place and walked to the waterfall where we went into the water to play. Then we left there to go to Llandudno to walk around town by ourselves. We bought a couple of things and headed back.
Monday
Firstly, we woke up and went downstairs to have our breakfast. We had bacon, eggy bread and sausage. Next we got ready and set off to the mines (Go Below). After we got there we had a short briefing and got our gear on. When we got there we went through a Forest to get to our destination. When we went in it was very dark so we turned our head torches on. The first activity we did was a dingy trip across a very deep lake. The next activity we did was a zip-wire across deep water. Thirdly, we did rock climbing and abseiling. Next, we climbed a waterfall which was pretty wet and Connor got his welly boots filled with water! And lastly, we climbed out an air shaft to escape.
We went back to Coetmor Mill where we had dinner. After dinner we packed our bags ready for the morning then came back downstairs to play games. We played Spoons with the scouts and the leaders which was great fun, everyone wanted to win and had to be very fast to grab a spoon when someone got four of a kind.

Tuesday
After breakfast we cleaned the Mill and loaded the trailer and waited for Eva’s mum to collect her. We went for a short walk with Joe and Jay and had a look in the tunnel.
Once everyone was ready we got in the minibus and drove back to Letchworth.